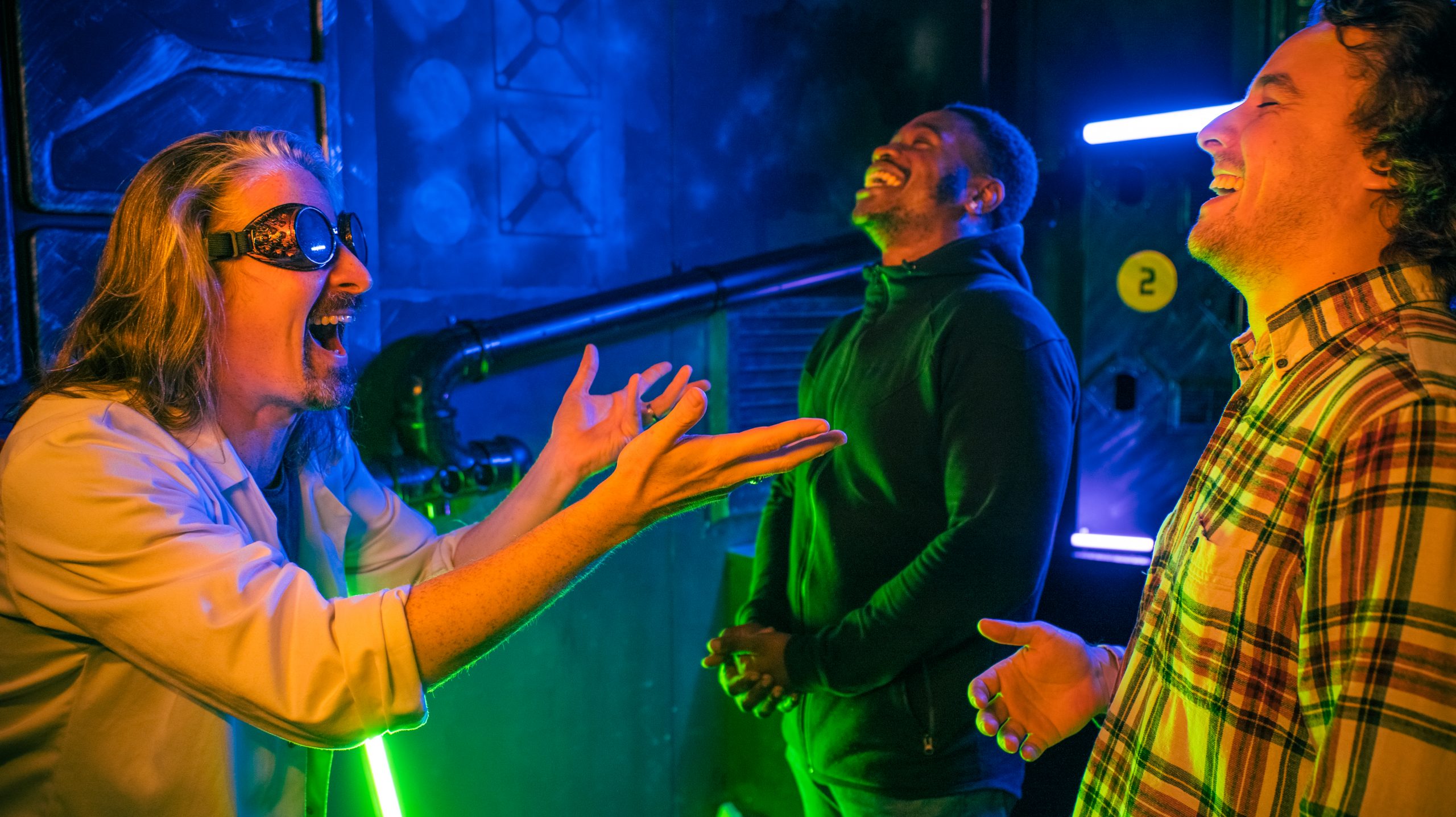 …is simple: to provide quality, quirky and unforgettable escape game experiences like no other. And to create lasting memories for all that play them.

Bewilder Box was born in 2015 when friends David Middleton and David Staffell, having tried their first escape room in Budapest, set about designing their own live escape game experience. A few months later they got their hands on-premises in Brighton, ran a successful Kickstarter campaign, and made Bewilder Box escape rooms a reality.

Our real-life and online games

The Bewilder Box Initiative opened its doors in 2016, closely followed in 2017 by the launch of our second game, Judgement D.A.V.E. Both our games have gained huge popularity and received rave reviews. We now also boast four successful online games, launched in 2020 and 2021.

Our expertise and influence

We’ve been involved in designing escape rooms all over the world, including official games for Black Sabbath, Peaky Blinders and Horrible Histories. The two Davids have become go-to experts on UK escape room culture, interviewed by and featured in multiple publications, including The Economist, Time Out and The Guardian.

We co-organised and were speakers at the UK’s escape room industry conference, attended by 500 industry members in 2019.

We pride ourselves on hiring talented, local performers. They inject our games with humour and help create truly immersive experiences.

We pay our employees over the Brighton living wage and we support local charities. We’re proud to be a part of the thriving and eccentric landscape of businesses in Brighton and Hove. We embrace change and always strive to stay ahead of the curve.